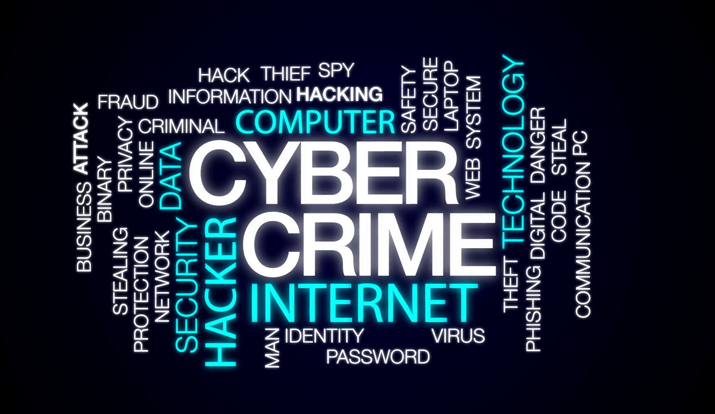 10 Basic Cyber Crime Terminologies You Must Know About


What you don't recognize may hurt you in some way and in the ever-increasing world of cyber thefts it has become the most important thing to familiarize yourself with these hackers or CyberCrime Terminologies:


Malware is short for “Malicious Software” made with an intent to damage delete and exploit users' information. From asking ransom to be a masked threat to bypass access controls malware is responsible for obtaining personal information and sabotaging the system completely without taking the user's consent. It houses different types of programs for breaching the security of personals such as Virus, Worms, Trojan, Spyware, Ransomware, etc.


Phishing is a pretender malicious program that is responsible for fraudulent activities by stealing confidential information and getting unauthorized access to the systems.


Keylogger is a program used by hackers maliciously to track down the records typed in through the keyboard. Also known as "keyboard capturing" this program can record keys sneakily and log all keystrokes. Intercepting passwords, credit card information PIN Codes account information e-payment records, usernames, and passwords are some of the things that can be stolen through a keylogger.


Cookies are small packets of information that have been provided by web pages often to customize our preferences by storing users' information. The cookies themselves cause no threat. Overtime Cookies have been impersonated as a Sinister being. The danger however lies when Cybercriminals use these cookies to hijack and record all your browsing sessions spying on all your personal information.


Rootkits are software that is also known as masked assassins that infiltrate your systems with an intention to conceal Malwares so that they can go unnoticed by antivirus detection and cleaning tools.


DoS are attacks that are sent by cybercriminals to prevent access to websites. The attack is known to flood the screen used or the system with so much information and traffic that the user will face an inability to access the website until the malicious flow is taken care of. DoS overwhelms the system with so much memory it short circuits the system and storage space that users will be users will not be able to use services or keep getting disconnected. , hence the term "Denial of services". Multiple launches of DoS are called (DDOS)- Distributed Denial-Of-Service.


Spywares as the name suggests are the programs that are made to spy or monitor user's information. They infiltrate via malicious websites or file attachments captures data and send all the information to the spyware hacker to be used directly or sold to the third parties


Trojan Horses are another type of Malware that is used by Hackers to steal authentic information from users. Through the Trojan horse, the hacker can steal data, install more malware into the system, modify files, monitor user activity, destroy data, steal financial and personal information, conduct denial of service (DoS) attacks, alter data, and more. Trojan malware does not duplicate by itself like a virus; however, if combined with a worm, the damage Trojans horses ensues on users and systems is endless.


Worms are another most common type of Malware, but unlike a trojan, this program can replicate itself and wriggle inside other computers infecting it without requiring any actions from a user. Worms are known to slither fast in damaging a file and systems quickly. These programs can also delete the information from the host, encrypt the data from attack, and create botnets in the process. worms carry a "payload" program- which is a malicious code designed specifically to damage.


Adware is software used by hackers as an aggressive advertising medium to redirect you to malicious websites, change your internet settings, stealing private information about you. It also is responsible for slowing up your systems. Legitimate Adware exists though it will always ask for permission before collecting data about you. Ransomware is however different it infects the computer and displays pop-ups demanding a fee to be paid in the form of bitcoins or other online payment methods- for your system to work again. In the cases of a Ransomware attack, there is usually no guarantee that the user will be able to use the system again even after payment.


Knowing these basic terms will let you be aware next time of the potential internet thieves trying to steal your information. One last term you should know about is IGS Cleaner who is not a hacking term but a solution, also known as the Best Computer Cleaning Software to protect your data against malware and privacy breach.