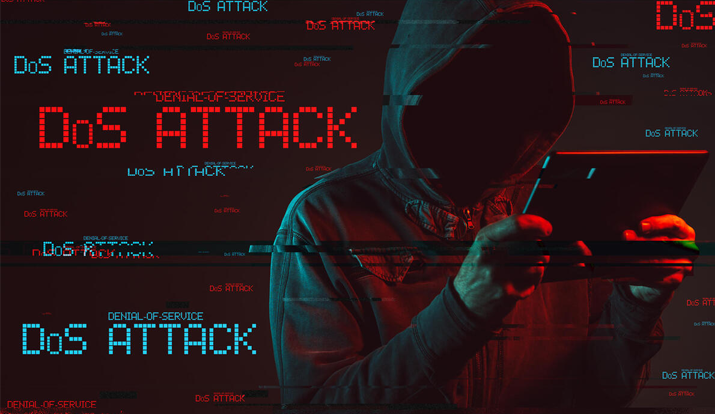 How To Detect and Prevent DoS Attacks In Computers


As more companies and individuals are becoming reliant upon online services like cloud computing, distributed denial of service (DDoS) attacks have become a more easy strategy for hackers looking to create chaos and damage. Easy to organize and execute, DDoS have become more sophisticated and intense over the last decade and especially this year. Although organizations, individuals, and data centers have ramped up their cybersecurity efforts to mitigate the impact of DoS attacks, they are still at higher risk of being disrupted.


What is a DoS Attack?


Denial Of Services attack is a type of attack which sends malicious large volumes of requests or traffic to the website in order to overload or disrupt the user to use any services online thus “denial of service”.


Overwhelming the systems so much that the systems become hacked is the main cause for the cybercriminals for using DoS and it may vary from one to another however all of them use one thing- Botnets. Botnets are a group of virtualized compromised or “zombie” computers made to secure attacks against one or many genuine targets.


The DDoS market has been shooked under Pandemic too along with every other thing. In the first quarter alone the DoS incidents spiked to 80% and according to the Kaspersky Lab research reports the DDoS attacks have leaped in 2019 and 2020 “the surge that has never seen before”. The attacks have also been comparatively longer and stronger.


You are not alone to fear them though many high-profile organizations and customers who rely upon these departments have suffered this attack- such as the US Department of Health, and Human Services(HHS), Battle.net, BitMEX crypto exchange, Amazon Web Services, GitHub, BBC, Spamhaus, US Banks like-Bank Of America, PNC Bank, JP Morgan Chase, US Bancorp have all been on the list of famous victims that have fallen prey to DDoS Attackers.


Difference Between a DoS and DDoS Attack


Denial Of Service and Distributed Denial Of Service works the same. It just differs on the scale wherein DoS Attacks use a single source to attack, In DDoS multiple systems or IP Addresses are sacrificed to attack a large number of computer networks.


DDoS attacking campaigns can be very scary as they will send information to ask Ransom in some Bitcoins if we want to protect our servers from such attacks.


The cost of downfall by a DDoS network can be impacted from large corporations to employees who are working to small business owners to someone who owns an online shop, there is no limited size of the attacks caused by hackers and can thereby impact people on every level:


Not the best solution but this is the most basic step towards prevention against DDoS attacks, the most basic step you can take to make is your server supporting enough bandwidth to handle spikes in traffic which will prevent the infiltration by malicious users.


This was perfect for prevention to ensure that you had larger bandwidth at your disposal than any attacker was likely to have. It was a great solution back then. But with the rise of cybercriminals attacks, this is no longer practical at least not the only solution. But it can give you some time before your system and documents get fully jeopardized in the attack.


A Website Application Firewall (WAF) helps to keep the malicious traffic off your website. It is a body of protection that stands between your website and the traffic it receives.


Website Application Firewalls are specific application firewalls made for websites that go beyond the metadata of the packets transferred from the network area.


It is great that you get a million users to visit your website daily! But wouldn’t it be suspicious? Consider monitoring your traffic if your website gets a dramatic fluctuation of users.


Even though we get to see new types of Distributed Denial of Service attacks appear frequently every day, Make sure you have your firewall open and a Best Computer Optimizer installed which is IGS Cleaner- the best security solution that incorporates advanced defense strategies that protect against all kinds of malware including DDoS attacks and prevent your precious in-home networks.