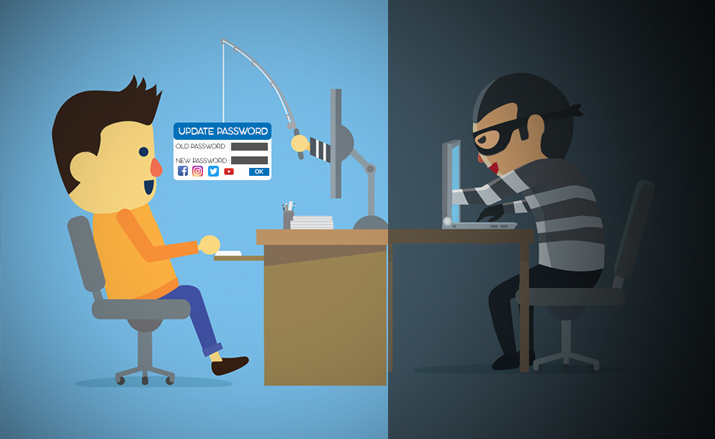 Understanding the Social Media and its scams

Social Media is a digital platform that allows content sharing, and social networking in real-time. It is easily accessible everywhere because of better internet connectivity. There are many social media platforms providing lots of different services. According to a latest estimate, the no. of social media users in the world has increased to 3.5 billion. Active users are over 2 billion on Facebook and YouTube, 1 billion on Instagram and WhatsApp, and 300 million on LinkedIn and Twitter.


In today's times, People use social media not only to interact with each other but also share their opinions, stay updated about the latest happenings, get entertained and so much more. This is a platform where a normal person with limited resources can get famous by showcasing their unique ability and skill to a mass audience.


Social media has changed the way we communicate and do work, but with good aspects come certain bad things also. The internet is filled with scammers looking to take advantage of any vulnerable user who doesn’t browse with proper security measures.


Scammers use spam, plug-ins, pop-up windows, unsolicited links and emails to scam the users. Their aim is to try and get the personal details that include identity data, login credentials, financial information etc. So there is a serious threat attached to using the social media if a user isn’t cautious about the scammers. Certain examples of the social media scams are as under:

Scammers are adept at creating enticing clickbait campaigns on social media. It involves sending a link of a trending news headline, celebrity detail, and popular video and so on. If the user clicks on the link, then they are prompted to sign in there or get redirected to an unknown login screen to share their personal details or allow app access permissions or install a fake software etc. Once the user unsuspectedly performs any of those functions, then it leads to the scammer getting their login credentials and other important details.

Social Phishing is the most common way of scamming on the internet. Scammers interact with the potential target with a direct message on social media. They show sympathy towards certain personal emotions, and after a while lure the user with a special offer that they can’t resist. The offer generally consists of a malicious plug-in containing malware or asking for phony website sign-in with personal information to avail a financial reward. If the user accepts the offer, then their digital device is hacked by scammer with the use of malware. Also they surrender their personal and financial information while signing-in on to the phony website.

Jobs scams are all about offering a guaranteed job on social media. It involves the scammers sending text messages, e-mails, representative calls to the user, and asks them to pay some money upfront to get a high-paying job with minimal effort. If the user accepts the offer and transfer the money to the scammers account, then they end up losing their hard-earned money. The users tend to fall prey to job scams, because they rush themselves in picking a high-end job rather than thinking about their academic qualifications which aren’t worthy enough for that work.

In the recent past the charity scams have been a huge success for the scammers due to the regular occurrence of natural and man-made disasters. They create charity websites and ask for donations from the general public via social media platforms. Many users unsuspectedly tend to get carried away emotionally and pay a big amount of money to these charity scams. To spot the fake and real charity isn’t easy due to the abundance of these charity websites without any proper background check on the internet.