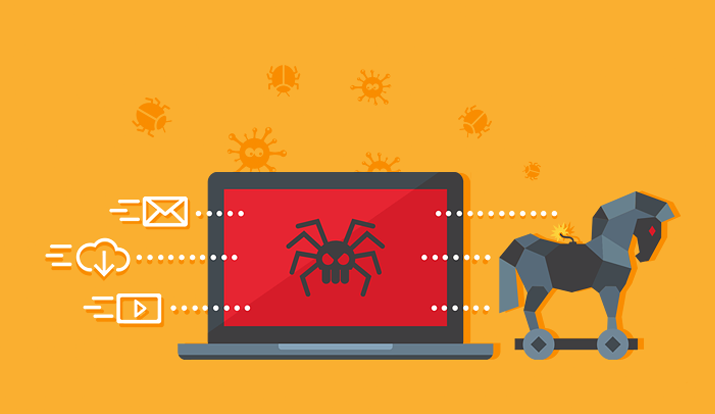 What is a Trojan Horse? And How Is It Harmful To PC?


A Trojan Horse is a program that feigns innocence at first glance but once clicked it is capable of unleashing damages to your computers greatly. This malicious program once installed is capable of delivering unexpected changes to computer settings, displaying unusual activity, even when the system is supposed to be idle—so when your computer betrays your control, it is a strong indication that a Trojan horse is residing on your computer.


The term Trojan horse came from Greek mythology. Apparently, It was used in the war of Troy, Greeks built a large wooden horse that the people of Troy pulled into the city without knowing that the Greek soldiers were hidden discreetly inside it. Upon arrival, the army emerged, opened the independent gates of Troy to let their fellow greek army in, and win the war.


In computing though, the term was first used in a 1974 U.S. Air Force report, that briefly discusses the vulnerability in computer systems. It was later said to be coined by Ken Thompson in 1983 when he received the Turing Award- for technical importance in the computer field.


Therefore metaphorically Trojan horses meant, inviting a foe into a protected territory unknowingly that will damage the base of the place.

How To Identify A Trojan Horse Virus?


Since Trojan horses gallop and disguise themselves as legitimate system files, they are often very hard to find and destroy with conventional anti-virus and malware scanners. Specialized software tools are often necessary inside our PC’s for the identification and removal of Trojan horses.


However, it's possible to identify the presence of a trojan horse through strange behaviors displayed by a computer, these quirks could include:

How To Protect Our PC From Trojan Virus or Trojan Horses?


A great way to prevent Trojan Horses is to keep your PC regularly updates, check thrice before clicking on unusual email attachments or links, or the quickest way Is to take the help of a Multifunctional PC Cleaner that is IGS Cleaner which is a comprehensive anti-malware software against Trojans and protection for other malware viruses.